Nevertheless, it would be a large mistake to confuse bitcoin with many other cryptocurrencies or tokens. Why? Because while both bitcoin and other alternative coins (altcoins) possess similar features, they also have very different functions and use cases. Let’s try to be more specific. First of all, let’s look at what bitcoin really is. After that, we will be able to compare bitcoin to the largest altcoin Ethereum. As we will soon discover, bitcoin and Ethereum are the most popular and highly valued cryptocurrencies that do completely different things. To conclude, I will briefly outline what an ERC-20 token is in relation to Ethereum.

As most familiar with digital currency know, Bitcoin was founded by the anonymous Satoshi Nakamoto in January of 2009. As described in its initial white paper, Bitcoin is “a system of peer-to-peer electronic cash.” But what does this mean? Perhaps the best way of grasping the revolutionary potential of Bitcoin is by comparing it to normal money.

With a credit card or a debit card, all payments that take place online must go through a central company (i.e. Visa, Mastercard, etc). This means that if your credit card gets hacked you can call the company and they can lock your card. On the other hand, if the centralized credit card company gets hacked itself, or if they experience technical difficulties, everyone using their payment system will be affected.

With Bitcoin, things are much different: for starters, there is no centralized company to issue Bitcoin credit cards, or even print more bitcoins. Rather, because bitcoin runs on a blockchain as a decentralized peer-to-peer, cryptographically secure network, each individual has complete control over his or her funds through their own private key. Second, trust in the bitcoin network comes from the so-called miners. These miners run network nodes that compete to solve extremely difficult computer algorithms, and in doing so, verify the payments and transactions that are done by individuals on the bitcoin network. In doing this, miners are rewarded for the energy input needed to secure the network and receive the newly-mined (created) bitcoins.

Ultimately, Bitcoin is a trustless and independent payment system, where individuals who use the network do not have to trust any third party entity: rather, the network is configured in such a way, where it will be able to establish its own trust and validity, through the use of miners. While this explanation is simplistic, it is also accurate: Bitcoin allows for independent payments between individuals, without any necessary oversight or control from a third party or authority. Because it is secured through the miners on the blockchain, the Bitcoin payment system requires a massive amount of energy in order to be hacked. As such, bitcoin can be called a trustless form of electronic cash.

In contrast to Bitcoin, which focuses heavily on payment processing, Ethereum has a completely different function. Originally founded in August of 2014, Ethereum is described on its website as:

“A decentralized platform that runs smart contracts: applications that run exactly as programmed without any possibility of downtime, censorship, fraud or third-party interference.” 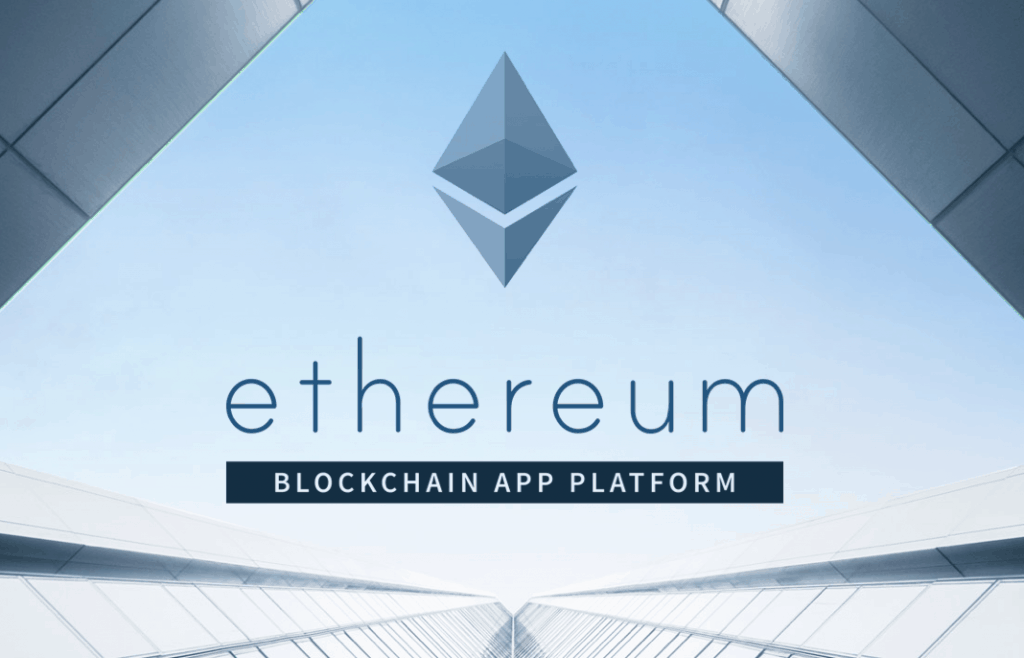 Let’s break this down: Ethereum, in contrast to being a payment processor, is a programmable system. This system, however, requires a certain amount of fuel in order to be used. This gas is known as ether. Thus, the first misconception to be dispelled is that Ethereum is a currency. It isn’t. While a currency like bitcoin is used to move value between two or more individuals, Ethereum as a token, is used to run the Ethereum network. As such, an ether has only one major purpose: to be used as gas for the Ethereum network and for any applications or smart contracts built upon the network.

The second clarification concerning Ethereum, is what exactly is a smart contract? In simple language, a smart contract is a self-executing contract programmed to perform a specific function. Consider the hypothetical example of a vending machine that can automatically refill itself. When the last can of a vending machine has been bought, the machine can be programmed in such a way, to self-execute a request for more cans from a nearby drone. The drone can then self-execute the request to bring more cans to the machine. 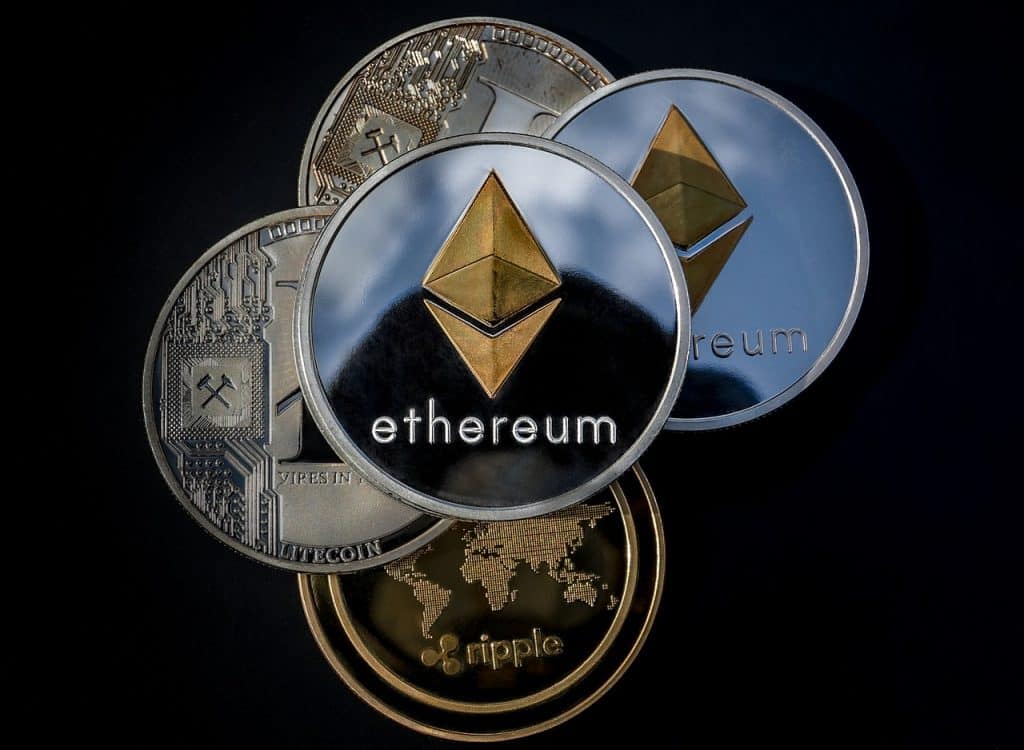 Importantly, in one crucial sense, Ethereum is similar to Bitcoin: both platforms allow for the execution of certain tasks and functions without any third-party interference: Bitcoin does this specifically in relation to payments. Ethereum does this as a computer program that can be used to design and enforce self-executing contracts.

The revolutionary power in Ethereum, however, does not necessarily have to do with payments. Rather, it revolves around what can be programmed onto their blockchain to then be enforced via smart contracts. The smart contracts used in such cases can be programmed from the beginning to define the rules and penalties concerning any network transaction and then execute such penalties if necessary.

In this sense, Ethereum is a network of programmable trust, to allow the enforcement and execution of any pre-programmed commands without third party interference. As such, the focus of Ethereum is not necessarily just on money or payment processing – but rather it can be on transferring a title of an estate, renting an apartment, or sending a shipment via a drone. Any programmable code can be digitalized, stored, traced and ultimately executed on the Ethereum blockchain. You can read more on Ethereum’s history and near-future plans in Ethereum: Evolution of a Giant.

Finally, we come to all of the different tokens that can be programmed on top of the Ethereum blockchain, also known as ERC-20 Tokens. Specifically, ERC-20 stands for Ethereum Request for Comment and number 20 was the number given to the request. ERC-20 tokens are programmed onto the Ethereum blockchain, and which follow specific smart contracts concerning token functionality: how data within a token can be accessed, and how tokens can move between different addresses.

Coins like Bancor, QASH, and EOS originally began as ERC-20 tokens. Nevertheless, projects which begin on the Ethereum blockchain may ultimately move off onto their own blockchain. Coinmarketcap allows sorting currencies by type and platform. Here’s a list of ERC-20 tokens.

The Lion and the Shark

To conclude, the best way to think about Bitcoin in relationship to Ethereum is as two different cryptocurrencies which have two totally different functions. Bitcoin, on the one hand, is used to verify peer-to-peer payments and is a currency. Ethereum on the other hand, is a decentralized platform that allows people to program their own smart contracts or applications. As such, the two different digital currencies do not share the same environment.

Andreas Antonopolous has explained this distinction by comparing Bitcoin and Ethereum analogously to a Lion and a Shark: Bitcoin much like a Lion, may have sharp claws and be extremely capable on land, but Ethereum with gills and sharp teeth, is the most capable in salt water. To ask whether a Lion is better than a Shark would be a mistake: Both inhabit their own environment, specific to each animal’s capabilities. In a similar fashion both Bitcoin and Ethereum are useful – however in different ways: Bitcoin for payment processing as a currency, and Ethereum as a decentralized platofrm for smart contracts and applications.