​
Risky assets have been on a sticky wicket since the Federal Reserve hiked rates by 75 basis points for the third time in a row on September 21. While the rate hike in itself was not a surprise, the Fed dot plots projecting a possible Fed funds rate of up to 4.4% by the end of 2022 was more aggressive than what investors had penciled in.

This started a sell-off in the United States equities markets which has pulled the Dow Jones Industrial Average into bear market territory and the S&P 500 to its lowest weekly close in 2022. The equities markets seem to be pricing in a recession due to the aggressive rate hikes by the Fed.

The Fed’s actions have resulted in a massive bull run for the US dollar index (DXY), which is not showing any signs of slowing down. That has already sent the euro to below parity with the dollar and the British pound is also threatening to follow suit. Aggressive tax cuts by the new government led by Prime Minister Liz Truss and reluctance to raise rates by the Bank of England sent the pound tumbling to an all-time low below 1.04 against the dollar on September 26.

We said in our previous analysis that Bitcoin could retest the $18,600 to $17,567.45 support zone but the bulls will defend it aggressively and that is what happened.

Conversely, if bulls thrust the price above $22,800, the pair could pick up momentum and rally to the overhead resistance of $25,000. This positive view could invalidate if the price plummets below $17,567.

Lastly please check out the advancement’s happening in the cryptocurrency world.

Featuring in this weeks Edition:

indu4.0 – The ecosystem for the manufacturing industry 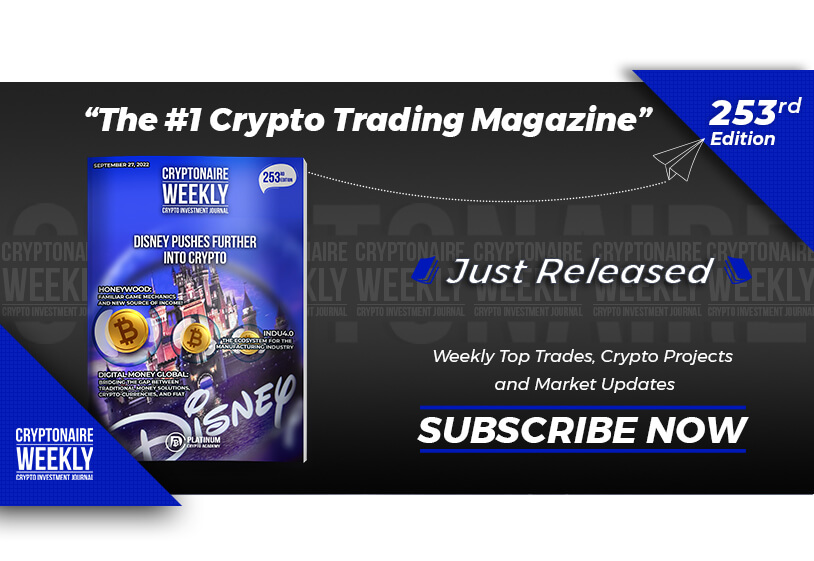