I doubt you’ve heard of the supply chain crypto project modum. With a CoinMarketCap ranking of 293, it hasn’t received much hype. Token price trades slightly over $1 in mid-July, down from a peek of $11.50, giving the project a current market cap of just over $18 million (USD) based on its circulating supply of 18 million tokens. Can modum capture a share of the large potential market for blockchain-backed supply chains? In this article we’ll explore precisely what modum aims to bring to the supply-chain industry in order strengthen its regulative compliance, cost-efficiency, and transparency.

modum ultimately aims to bring cost-effective logistic solutions with guaranteed data integrity to supply-chains. Their first aim is the pharmaceutical industry, since this area requires such solutions and integrity. This requirement is not only practical, but has become a mandate by governments in Europe, precisely where Switzerland-based modum operates. This focus overlaps other projects but varies slightly from the primary focus of its competitors that we've covered previously, like VeChain, Wabi, and Waltonchain.

For example, recent regulatory changes in the European Union require proof that medicinal products have not been exposed to particular conditions, especially certain temperatures, which may comprise their quality. modum aims to prove such compliance through blockchain and IoT technology. So, how does it all work?

In short, modum uses what they a "temperature logger," which uses NFC technology to monitor the temperature of closed packages during shipments. Before a shipment occurs, a temperature logger ID, shipment ID, and alarm criteria are fixed within a shipment-specific smart contract on the Ethereum blockchain. In other words, all parties of the supply chain agree that a temperature must stay in a certain range throughout its particular journey of the supply-chain. At each change of ownership along the supply-chain, authenticity is verified via the smart contract. This allows for the new owner to either accept the shipment if everything checks out or to arrange for corrective action if something went wrong. 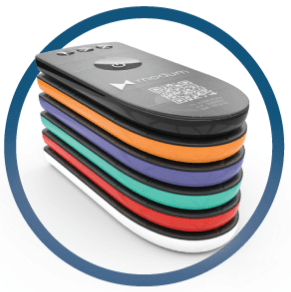 Figure 1: modum temperature loggers which monitor temperatures during shipments throughout a supply-chain.

It seems as though there are many similar projects in the domain of blockchain-powered supply-chain solutions. So what makes modum unique? Well, for starters, the temperature logger starts measuring the temperature at a pre-defined time according to the conditions previously configured in the smart contract. During transport, the logger can be queried for current and recent temperature data. Once the new owner in the supply chain has received the shipment, the shipment data can be accessed without opening the package. The results of all checks are immutably stored on a blockchain which therefore functions as a proof-of-record and proof-of-existence. We can see then how this is not merely an efficient solution for the different parties throughout a supply chain, but how it goes one step further to serve as a proof-of-compliance with certain government regulations. 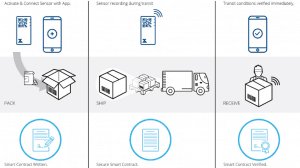 Figure 2: The shipping process with the Modum system.

If you’re unimpressed due to their lack of announced partnerships, there is hope in the future. modum’s proof-of-concept phase and three pilot projects indicated that the modum solution works best as a "last mile" logistics service in the pharmaceutical supply-chain. The "last mile" begins when finished products leave a pharmaceutical production facility and ends when they arrive at the pharmacy or hospital where they will be administered to patients. To give you an idea of the potential here, there are around 200 million of these shipments each year in the EU. To take things a step further, modum’s market studies and pilot programs indicated that customers would pay up to $10 USD per shipment. It therefore offers a pay-per-shipment model where users do just that.

Looking forward, modum has plans to roll-out additional sensors to include:

Motion sensors to detect whether fragile goods were handled correctly (2018)

Humidity sensors to monitor the condition of raw materials (2019-2020)

The Modum Team
The modum team currently comprises 17 individuals who boast a wealth of entrepreneurial and business experience. Here are a few members of the leadership behind modum:

Simon is a mechanical engineer who specializes in robotics engineering. He led Skybotix as CEO for 2.5 years and has held senior product and technology management positions with GoPro.

Dr. Weber is a physicist with industry and start-up experience. He primarily manages hardware development and compliance. 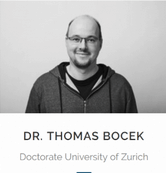 Dr. Bocek is the resident blockchain expert, with a PhD in decentralized and peer-to-peer systems from the University of Zurich.

Modum also has some strong advisors:

Prof. Stiller’s main research interests are in blockchain, IP-based networks, cloud and grid services, and the economics of IP services.

While modum was founded in 2016, their relatively recent token sale occurred in September of 2017. Since modum uses the Ethereum blockchain, they utilize an ERC-20 token. They are open to a future migration should the market dictate such a necessity.

modum utilized Lykke Corp to advise their token sale along with all related activities. Importantly, the modum token (MOD) enables its holders to have both voting rights and a profit share. So what do holders vote on and how does incentivization work?

modum has predetermined milestones on their roadmap as listed in their whitepaper and on their website. The modum team publishes a report claiming whether or not their present milestone was achieved. At the time of publishing, a two-week voting period commences. A simple majority vote by the community determines whether or not the milestone was met. If it was met, a pre-defined number of tokens are released to the team as a reward. Every MOD token in circulation has one vote. Hence, the system is similar to the way in which stockholders have a voice in the decisions of a company.

Now, about that profit share. The board of modum decides and declares the amount of dividends when there is a profit. A payment equivalent to this amount is converted to ether and is submitted to an open-source modum smart contract. This in turn evaluates the current holdings and distributes the profits to the token holders in ether.

So, we’ve seen another seemingly legitimate use-case with a crypto project applied to the supply chain industry. modum claims they can make a serious impact here by reducing shipping costs by 60%. When taking into account the 200 million shipments of pharmaceutical products in the EU, widespread adoption of the modum system has the potential to reduce pharmaceutical supply-chain expenses by approximately $3 billion USD.

Perhaps the most interesting aspect of modum is its token supply. At the time of this post (July 17, 2018,) there are 18,266,200 circulating tokens. With the young project modum having such a low number of circulating tokens as well as a low eventual total supply of 27,266,200, the price of the token may have serious price appreciation potential if it can gain adoption and use in the supply-chain market.

Want to keep up with modum, supply chain tokens in general or the entire crypto markets? Register for a free account and head to the Forums. We promise not to send out spam or any newsletters.
Ledger Hardware Wallets Trezor Hardware Wallets Coinbase NordVPN
You must log in or register to reply here.
Share:
Facebook Twitter Reddit Pinterest Email Link
Top