Despite bitcoin’s 2018 price drops, many regulated investment firms have either formally announced plans to enter the cryptoasset space or are rumored to be considering offering bitcoin and cryptocurrency trading to their account holders and customers. Let’s breakdown what we know about these bitcoin newcomers.

{This article is also published in its entirety in the Forums}

Goldman Sachs was the first major financial institution to initiate coverage of bitcoin markets when analyst Sheba Jafari issued the first Goldman bitcoin market report in June 2017. Goldman Sachs continues to offer regular reports on bitcoin with price predictions. As a matter of fact, in a report issued for the week of May 7, 2018, Jafari is notably bearish on bitcoin, advising that price is in “jeopardy of returning to its Feb low of $5,922.”

However, that bearish outlook isn’t enough to dissuade Goldman Sachs from offering bitcoin trading to its customers. For now, the firm will not directly own bitcoin, although it may later do so with regulatory approval. Instead, the company will trade bitcoin futures contracts with institutional money on behalf of its customers. The company recently hired Justin Schmidt for the role of “head of digital asset markets” as it prepares to launch complex derivative products in the next few weeks.

While this is certainly a positive step forward for bitcoin and cryptocurrency in general, the news hasn’t resulted in much positive price action. There are likely many reasons for this, but most probable explanation is that GS won’t actually be buying, selling or holding bitcoin. Instead, they will offer futures contracts and derivatives from which they will certainly profit, but the activity likely will not increase market demand for bitcoin.

Still, their announcement stands as a milestone for crypto markets, but a transition to direct bitcoin purchasing would be seen as a much stronger market signal. For now, we must await their next move. 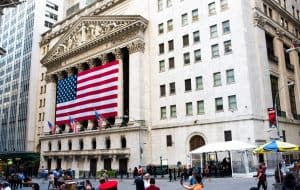 While hedge funds have been involved in bitcoin and crypto markets for several years, large regulated financial institutions have avoided buying and selling bitcoin. This could be set to change if ICE, the parent company of the New York Stock Exchange, opens its rumored trading desk. Retail investors have generally shunned cryptoassets, perhaps due to a lack of understanding of the legality and regulations surrounding bitcoin. However, the entry of a major player like NYSE could not only increase demand and open up potential markets to new investors, it would certainly improve the public’s perception of bitcoin and could further legitimize the cryptoasset markets.

Some may remember that the Chicago Mercantile Exchange began trading bitcoin futures in Q4 of 2017. But bitcoin itself cannot be purchased by CME and CBOE traders. The NYSE appears ready to change this. According to CCN, “Various reports revealed that ICE Exchange is not launching a futures market like CME and CBOE, rather a proper bitcoin exchange on which investors can buy, sell, and store bitcoin directly.” The New York Times reported that “The parent company of the New York Stock Exchange has been working on an online trading platform that would allow large investors to buy and hold Bitcoin, according to emails and documents viewed by The New York Times.”

Although bitcoin can be easily purchased from licensed exchanges in many countries, many retail investors still question bitcoin’s legitimacy. The NYSE could change that by opening a trading desk. For now, the exchange plans are rumored but not confirmed. CNBC’s bitcoin analyst Brian Kelly expressed his surprise at the lackluster market response to the news by noting that the NYSE has cleared the biggest hurdle for institutional investors to hold bitcoin by developing a custody solution. “They have come up with a custody solution for institutional holders,” said Kelly. “That’s the big deal.”

{Bitcoin won’t be the only crypto asset to attract Wall Street. Some feel Ripple’s XRP is also poised for widespread adoption}

In late April, Nasdaq CEO toyed with crypto investors when revealing that the exchange could offer bitcoin and other cryptoassets for retail purchase and trading. According to Nasdaq CEO Adena Friedman, “Certainly Nasdaq would consider becoming a crypto exchange over time. If we do look at it and say ‘it’s time, people are ready for a more regulated market,’ for something that provides a fair experience for investors.” This according to a CNBC report covering the recently announced Nasdaq collaboration with the bitcoin exchange Gemini. The report goes on to say that regulation and clarification of the exact financial status of bitcoin and other coins is key to adoption by institutional investors.

An offering of bitcoin and other cryptos on the more tech company focused Nasdaq exchange would likely be more impactful than a NYSE listing. There are operational differences in how the two exchanges work, as well. Trading on the NYSE involves two parties participating in a live auction style with buying and selling prices determined on the fly by the traders. The Nasdaq on the other hand relies on market makers to provide liquidity. Regardless of the exact method of trading, a bitcoin listing on Nasdaq would likely be a huge boost for the crypto markets. 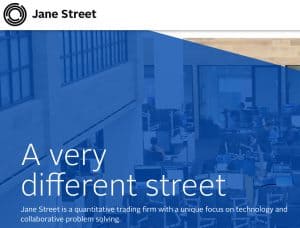 Meanwhile, a private investment company has reportedly been trading bitcoin for some time. Jane Street Capital, a closely guarded high volume investment trading company, revealed to the media that the company “trades over 56,000 products globally across a wide variety of asset classes, including bitcoin.” The company declined to reveal any further details. Jane Street trades over $5 trillion in annual volume and offers sophisticated proprietary software trading algorithms to its traders.

It isn’t much of a jump to conclude that other private investment firms are also likely offering some forms of virtual currency trading to customers. With the fresh news from NYSE and Nasdaq exchanges, along with Goldman Sachs announcement and the CME/CBOE futures trading, one has to wonder how much longer institutions will be able to stay out of the bitcoin and crypto markets.

Grayscale Investments has had its bitcoin investment trust (GBTC) available for OTC purchase since May 2015. Investors interested in purchasing bitcoin but unwilling or unable to do so directly through crypto exchanges can buy shares in GBTC via traditional brokerage houses or even within self-directed IRA’s. Earlier this year, Grayscale rolled out single coin funds for Ethereum (ETH), Ethereum Classic (ETC), Litecoin (LTC), Bitcoin Cash (BCH), zCash (ZEC), and Ripple (XRP). Those funds are open only to accredited investors for the first year before they can be more widely offered. This is set to occur in March 2019. Currently only US investors with a net worth of greater than $1 million or annual income of greater than $200,000 can purchase shares of these funds. Other countries vary in definition of an accredited investor.

Grayscale has also created a multicurrency index fund, the Digital Large Cap fund, that will hold a basket of the largest cryptocurrencies by market capitalization. It too remains open only for accredited investors at this point. Potential investors should keep in mind that these fund shares can trade at a premium to the underlying assets held, and most of the held coins can be purchased on licensed crypto exchanges with minimal effort. However, these crypto funds can be purchased within a tax-deferred retirement account, which may appeal to many investors.

What’s next for bitcoin and institutional investors? 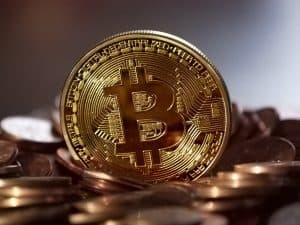 If regulations are sorted out and storage issues can be addressed, institutions will likely adopt more crypto friendly trading policies, probably much to the chagrin of Jamie Dimon with his proclamation of firings for any employee caught trading bitcoin. He embarrassingly had to recant on that statement when his firm issued a supportive statement on the future of bitcoin. I suspect that many Wall Street institutional investors and mainstreet retail investors will gradually enter the bitcoin market over the course of Q3 and Q4 2018. Many of them will be compelled to do so in order to keep up with the competition already offering cryptocurrency to investors.

In the meantime, expect crypto exchanges like Coinbase (and GDAX), Poloniex (just purchased by Circle), Bittrex, Gemini, Kraken, Binance and Bitstamp, and many, many others, to continue to streamline their user interfaces and update their apps to onboard customers at quicker pace to stay ahead of the competition. Indeed, Coinbase has added a large number of new empoyees and computing resources in expectation of future growth of the sector. Meanwhile, bitcoin newcomer Robinhood raised over $360 million to expand its cryptocurrency market presence.

All of this should make for at least an interesting close to 2018 bitcoin prices, to say the least. Be sure to let us know what you think the crypto investing future holds.

Register now for a free account and join the discussion.

Reddit https://www.reddit.com/user/TheCCForums/ TC first began coding on TRS-80’s in high school in 1979. He has been around since the early days where you had to create a function if you wanted your computer to do something. From there to Atari, Commodore, Apple, and PC, he’s written code for them all. Trained in medicine rather than tech, he kept up with the tech world by writing the occasional utility to help with medical training. He also got involved in tech investing early, and managed to avoid the boom/bust cycle in the 90’s because he recognized that many companies didn’t serve a product that consumers needed. Now he applies this background, training and investing approach to cryptocurrency. He shares his thoughts here while providing educational resources for beginner to intermediate cryptocurrency investors and users.