Supply chain cryptocurrency projects get a lot of hype since they’re backed by a real-world usage: their data tracks actual products as they move through the long process from manufacturer to consumer. If you’ve already explored such projects, you’ve probably heard of WaBi, the small supply chain crypto project with a $16 million USD market cap (as of July 11, 2018) that is often compared to larger projects like VeChain. But is WaBi legitimate? Is it actually pegged to a real-world product in an efficient and problem solving manner? In this article we’ll navigate what WaBi aims to do, how it actually works, partnerships it has formed, and the team behind it.

WaBi: Aiming for a Guarantee of Tamper-Proof Product Authenticity

The team behind WaBi emphasizes how there are more than $461 billion USD of imported fake goods in global circulation. These have caused some serious problems. In 2004, for example, 63 babies died after consuming fake baby milk in China. In 2008, also in China, six infants died and 54,000 were hospitalized after another fake baby food scandal.

As we can see, the counterfeiting problem in China is serious and can cause unimaginable health damage. This has caught the attention of the Chinese government which has taken numerous steps to reduce such counterfeiting, especially when it comes to baby formula.

WaBi is ultimately trying to create a secure link between physical assets such as baby food and digital assets recorded and transmitted through an electronic label with RFID technology attached to the product itself. However, the WaBi token is ultimately an incentive, a reward system for using products which have been partnered with Walimai technology.

Here’s how it works: a Walimai label (see figure one below) is placed on a product at a designated point of origin along the supply chain. Throughout the supply chain, data is transmitted to the product’s digital representation on the Walimai blockchain. Certain measures are programmed into the system to ensure the product is not tampered with. For example, the label is applied to a specific product in a manner that will ensure it cannot be opened. If it is opened or even tampered with, an alert will be sent to the Walimai blockchain. 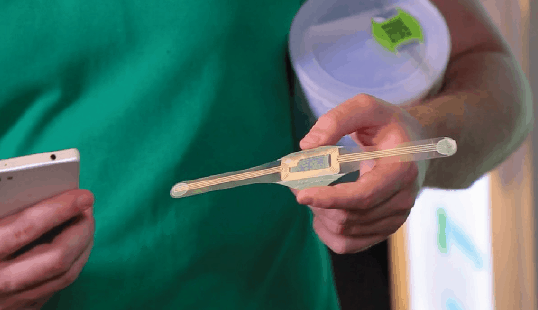 Figure 1: A Walimai RFID label which can be scanned from a smart phone.

Before making a purchase, consumers can scan the Walamai label with a Walamai app on their smart phone. These apps are already available for both the Android and iOS operating systems. Data from consumer scans of the physical label are verified with data concerning their digital asset. The result of the verification (see figure 2) is displayed to the consumer to ensure that the label, which implies the product, has not been tampered with throughout the supply chain. 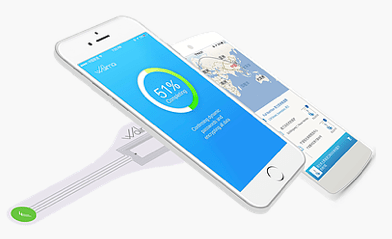 Figure 2: A smart phone scans a Walimai label resulting in a display of information concerning the product’s actual supply chain.

So why is there a need for the WaBi token? What is that all about?

Part of the security of the Walimai system requires constant updates from scans. The higher the amount of time-stamps uploaded to the blockchain will result in an easier way to identify counterfeiters who tamper with a product. For example, if one product’s label goes offline, meaning a counterfeiters tampers with it, and the label fails to send required information to the Walimai blockchain, the entire batch of items can be identified as unsalable. The WaBi token is an incentive for users to consistently scan products with Walimai labels, even if they already trust the product’s safety. This benefits the security of the system since it adds data to the blockchain about the product, and consumers are rewarded with WaBi tokens for each scan and purchase they make. So what about the users. How do WaBi tokens have value for them? Well, users can actually apply their WaBi tokens to retail purchases of products which utilize Walimai technology. Additionally, their team plans to role out the idea of WaBiPay, which they hope will allow for WaBi tokens to be utilized for payments outside of the Walimai retail channel. Thus, we can see how the WaBi token is essentially a loyalty program which contributes to blockchain security and incentivizes consumers to scan and purchase Walimai products.

Alright, so the idea sounds like it has a pretty solid use-case. But has the project had any success? Well, Walimai was founded in early 2014, with fully operational technology and iOS/Android apps launched in the summer of 2016. Here’s a highlight featuring some of their partnerships in chronological order:

Non-Disclosure Agreements prevent much public information, but the companies did include food, alcohol, and pharmaceutical industries

Number of infant nutrition ‘stock keeping units’ is extended to 20

Future plans for 2018 include an expansion throughout more of China, Southeast Asia, Latin America, and Europe, by guaranteeing not only tamper-proof baby food products but also alcohol, cosmetics, and pharmaceuticals.

The Team Behind it All

So who is behind these partnerships? Well, the project was co-founded by two individuals. Alex Busarov, the CEO, is a former McKinsey & Co. consultant and a sales director of a leading infant formula producer. He graduated from the London School of Economics and has experience in both Russia and China based companies as an independent advisor. The other co-founder, Yaz Belinskiy, was a business development manager at LP Amina. He has quite a bit of experience in consumer goods, and is a graduate of both the London School of Economics and Oxford University. Both individuals speak at least conversational Mandarin Chinese. While their team is comprised of eight additional members, perhaps the largest highlights include their advisory team.

A few of their advisors include:

Back to the Technical Stuff: Cryptoeconomics

The confusion of WaBi and Walimai: which one deals with the blockchain?

The answer is actually both. WaBi utilizes an ERC-20 token which operates on the Etherum blockchain and according to the team’s medium posts, it will stay there for “the foreseeable future.” If a point is reached where Ethereum will not be able to process the amount of WaBi transactions, then the team will migrate to a higher performance blockchain.

Walimai has its own blockchain, where supply chain transactions through the Walimai retail channel are recorded. This though is still fairly new and is in testnet mode, but plans for a full migration are in place by the end of summer 2018. There will not be a Walimai supply chain coin, as the team believes consumer incentivization and marketing through WaBi is a much better use case for a coin. The Walimai blockchain utilizes Hyperledger software, which essentially means that the team is strongly opposed to a private blockchain. Their desire for an open blockchain can be seen through their recent addition of masternodes.

Masternodes function solely on the Walimai blockchain and ultimately function as auditors for transactions on the supply chain. Some users might be upgraded to trustnodes, where their identities will be published on WaBi’s website. The team believes that this will generate further credibility and trust in their system, and they will reward those operating a trustnode with a higher percentage of WaBi than those operating a regular masternode.

As of the summer of 2018, masternodes are brand new to the Walimai system. User applications to operate a masternode had to be submitted by June 30th, 2018, and only 30 users were selected to run masternodes. How were users selected? 30 wallets with the largest amount of WaBi who had also registered their wallet through WaBi’s verification bot and completed a short Google information form were selected. If you weren’t chosen and want to run a WaBi masternode, there’s no need to completely panic and ditch your HODLings. They plan to add more masternodes in the future. To give you an idea of how much WaBi you will need to operate a masternode, the highest 30 wallets that applied for masternodes in accordance with the first deadline, held balances between 203,053 and 54,449 WaBi.

The basic requirements for operating a masternode include the possession of a dedicated computer or cloud instance running on Ubuntu 16.04 which also supports Docker. Minimum specifications are: 2 Cores, 4 GB RAM, HDD 40 GB.

In order to operate the masternode, at least some, if not all of the user’s WaBi HODLings have to be deposited as collateral. The reward system includes a payment in WaBi which is a percentage of WaBi held by that masternode operator. Here’s a breakdown of the percentages:

In conclusion, we can see why WaBi is often compared to larger projects like VeChain. The use-case is certainly there. The technology has been operational for some time, but their brand is clearly still evolving, which can especially be seen with the recent addition of masternodes and the rollout of Walimai’s independent blockchain. Will this project continue to form partnerships and help alleviate the counterfeit problem in China? The project has certainly been set in motion. Where do you think it will go from here? Register for a free account and head to the Forums. Head to the WaBi forum in the Supply Chain section of The Altcoin Forums with comments, questions and feedback.  Thanks for reading.