Waltonchain, named after Charlie Walton, the inventor of RFID technology, is a Chinese based cryptocurrency project that focuses on using RFID tags in relation to a blockchain. The basic underlying idea of the project is that the world is on the brink of a smart revolution, and when this smart revolution comes there will need to be systems in place to track and monitor all data from smart tags in a clear and immutable way. Waltonchain (current price) aspires to provide that solution. More specifically such a solution is applicable to four core areas: food and health, smart devices for the home (waste-bins), smart cities and quality of external factors, Industry and manufacturing (i.e. clothing and logistics).

You may be interested in the author’s  WaBi article , the OriginTrail post or his coverage of VeChain.

The Core technology of Waltonchain is fundamentally based on RFID chips and the blockchain. RFID chips, use radio frequency signals and space coupling to connect a tag to a reader as a means of carrying some kind of data. Importantly, concerning RFID chips, Waltonchain distinguishes between Active tags and Passive tags of certain products. Passive tags are tags that do not require any energy, while active tags possess a battery of sorts and can automatically send radio signals to a receptor. The basic idea behind the RFID tags is the following: Waltonchain can make the tags so small and operable far from a recognizer, that they will be able to trace information about certain product seamlessly. Additionally, the RFID chips integrate encryption logic so that they cannot be tampered with. Waltonchain has patented their unique RFID tags and see them as the core of their hardware solution. 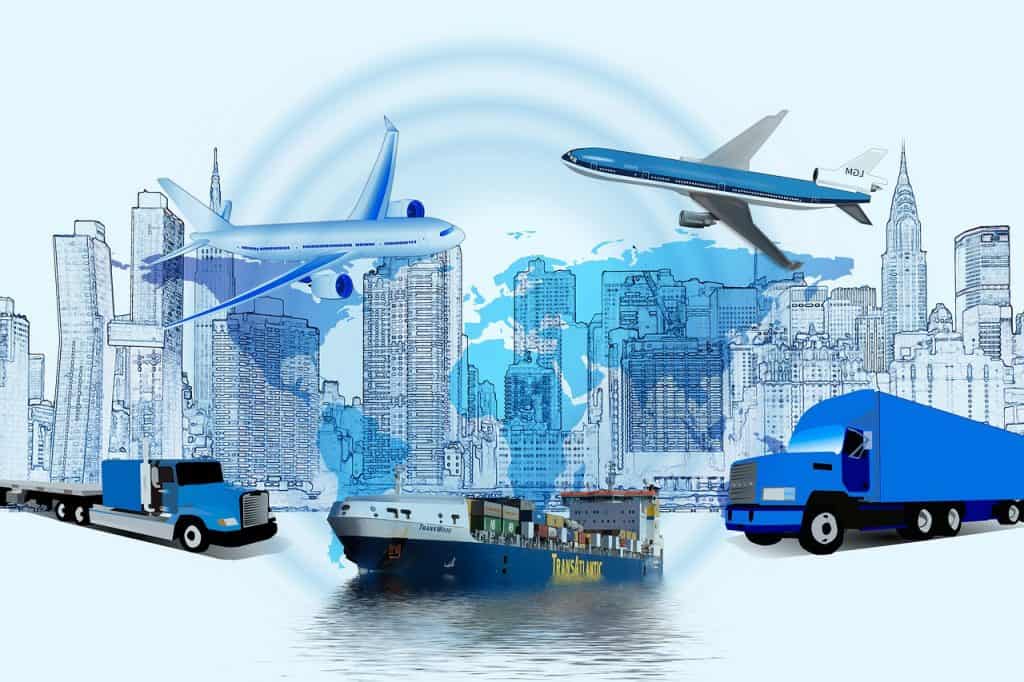 The data from these small RFID tags is then sent to the blockchain, which for Waltonchain is a public blockchain. As such, all of the data can be stored in a secure distributed ledger that is completely tamperproof. Finally, the solution provided by Waltonchain is applicable to a large variety of different areas of production: industrial carriers, processing lines, conveyer lines, and machine applications (to name a few). 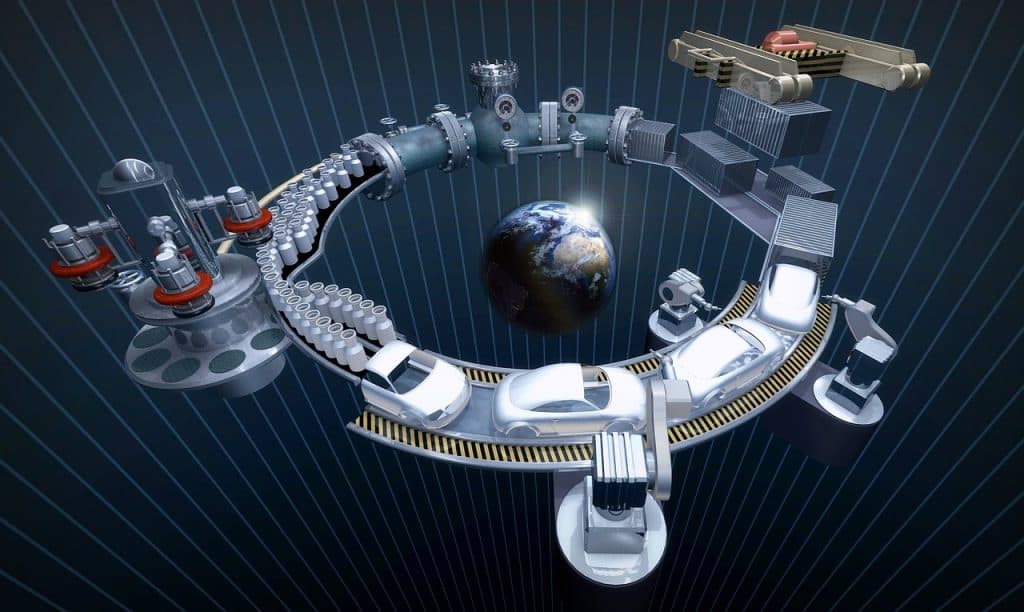 The Waltonchain project is divided up into four stages of development:

During Waltonchain Project stage 1.0 Waltonchain will seek large scale promotion for their clothing system integration. As noted in their white paper, Waltonchain has already applied RFID based clothing tracking in several pilot projects with companies such as “Tries, SMEN, and Kaltendin.” This stage of development is focused on solving problems in the clothing industry surround areas like warehousing, logistics, stores, and even customer experience.

Second, in Waltonchain Project stage 2.0, the Waltonchain beacon chip, will be in full mass production to be used in all sorts of business to consumer industries such as retail and logistics. According to the whitepaper, “the stage is aimed at building a safe and reliable, point to point logistics information channel for customers” (46) and to help logistics companies “avoid thorny problems, such as lost, delayed and wrong orders on a systematic basis.” (46)

Third, during Waltonchain project stage 3.0 the whitepaper claims that “the technology will be applied to all product manufacturers to achieve smart packaging and traceable customization.” (47) The goal of this stage of the project is to ultimately end the counterfeiting problem as we currently understand it, and to provide low-cost data solutions for product manufacturers.

Fourth, and finally, in Waltonchain project stage 4.0 RFID chips will be added to as many assets as possible, leading to the frequent use of Waltonchain in the physical world. According to the whitepaper, “all the assets will be registered on Waltonchain in the future so as to solve the problems of asset ownership, item traceability, and transaction certificate.” (47). Ultimately, the project culminates with the goal of bringing a “more convenient, intelligent and trustworthy world to everybody.” (47)

If you don’t quite understand how all this works, check our beginners guide and why blockchains need tokens, then come back to the logistics tokens sections.

Perhaps most important is the context of collaboration surrounding the Waltonchain project. While there has been much speculation about many partnerships, it has been clearly established that Waltonchain is working alongside a number of Chinese government projects. More specifically, three main projects can be discussed:

First, the “Cross Strait Program” between China and Taiwan, with the goal of making Zhangzhou the Silicon Valley of Blockchain. Zhangzhou, a city of over 4 million people, is directly across from the island of Taiwan. The goal of this initiative using Waltonchain, is thus to connect Taiwan to mainland China and in the process help make the Zhangzhou area a blockchain friendly smart city.

Second, the “Smart Oceans Program”. While there has been heavy speculation concerning the role Waltonchain will play in the Chinese Belt and Road Initiative, what has been confirmed is that Waltonchain is partnered with the Fujian government to build a “Smart Oceans” research and development base. Importantly, this base will be used to develop blockchain technology with an eye towards seaside logistics and transporation.

Third, and finally, Waltonchain also has a partnership with the “Jiangu Development Zone” to build air purification solutions. The goal of this will be to have a real-time evaluator of the purity of the air. Ideally, an app can be developed for this data and people living in Jiangu will be able to verify the quality of the air before going outside. Ultimately, it should also be emphasized that this partnership may also be considered a pilot project for many other cities in China as well. 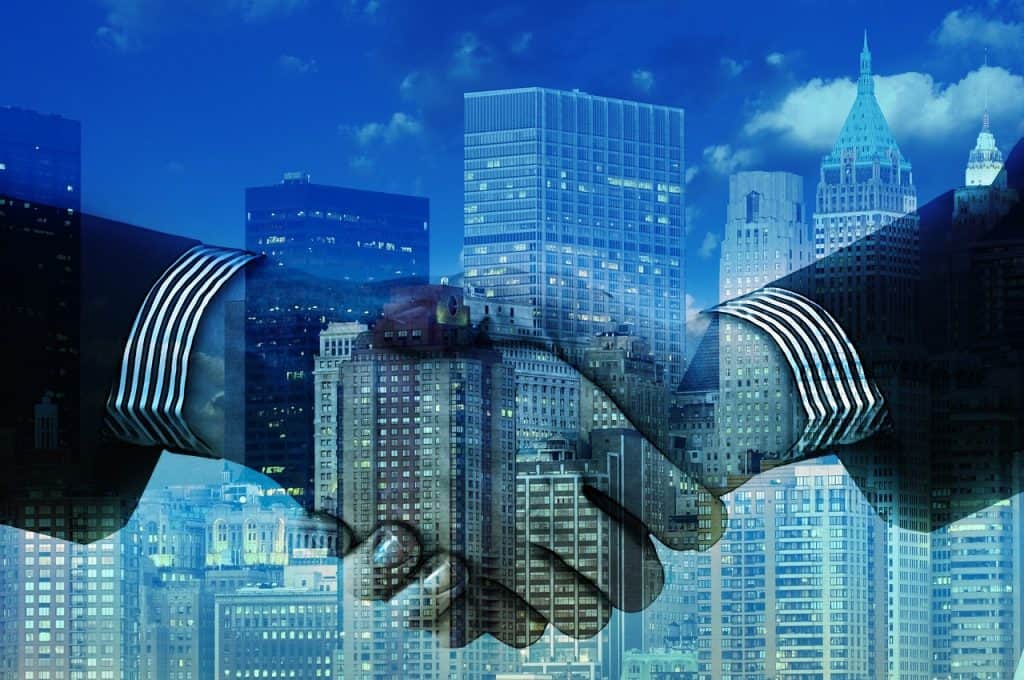 Apart from those core government partnerships, Waltonchain has also secured a number of business partnerships to begin testing out their RFID+Blockchain solution. Most recent, and notable, is the strategic partnership signed between Waltonchain’s subsidiary IOT Technology and Ishijah Trading. Ishijah importantly works with food and beverages specifically in airports. Another Waltonchain Subsidiary City-Link, is working with a Chinese telecommunications company on a “Smart Community” pilot project focused on street lights and dustbins. Finally, core business partnerships with clothing retailers include with Septwolves a clothing company just under a billion dollars in value. Fugiuniao, a fashion manufacturer at around 700 million in value, Kehua Energy, an company valued at around 1.3 billion, and JoeOne (valued at around 1.2 billion).

Waltonchain boasts a large and experienced team that appears to be very capable of delivering on their many promises. The two founders of Waltonchain, Do Shanghyuk and Xu Fangheng, have combined experience in Supply Chain management, the clothing industry, Chinese-Korean Cultural relations, and technology. Importantly, Do is the Korean Initiator, while Xu is the Chinese initiator. Overall the team is larger than 20 people and combines experience from the supply chain, blockchain, hardware solutions, and business.

All in all, the Waltonchain project seeks to use special RFID chips to trace all sorts of products throughout the supply chain and into consumers hands. Waltonchain functions on a Proof of Stake mechanism, whereby the other sub-chains can be developed upon the Waltonchain main chain. The project has confirmed partnerships with a number of Chinese governmental authorities and large businesses. While it is still only stage 1 of the project, the team appears to possess the capability of seeing the development of Waltonchain through to stage 4. Overall, the project is ideally positioned for the future of smart cities, and specifically to monitor things like Air quality, logistics, retail, and storage processes.

Be sure to register for a free account to discuss this and many other crypto topics. We don’t send out spam, email marketing or a newsletter.

Head over to the Waltonchain section of The Altcoin Forums/Supply Chain Tokens with feedback, questions and comments. Thanks for reading.