The financial regulator of South Korea has appointed a new governor who is more loyal to cryptocurrencies as compared to his predecessor. New Financial Supervisory Service (FSS) Governor Yoon Suk-heun, speaking at the press-conference after his official appointment, promised to consider relaxed regulations associated with cryptocurrency.

{Discuss this news in our forum thread.}

Even though South Korea implemented a ban on anonymous trading in December and was said to impose a complete ban on crypto assets, Yoon Suk-heun is of the view that better regulations in the field of digital assets will contribute to the security of the financial system and will also improve the accessibility of the crypto-related products.

Yoon is majorly known for his knack and an active position for progressive reforms and this means that changes in the cryptocurrency trading are more likely to cause a positive impact on the industry. He said that there are certain issues that need to be “addressed and reviewed” but didn’t elaborate on the means by which FSS is going to regulate domestic cryptocurrency exchanges.

Buffett calls Bitcoin as ‘The Asset Itself Is Creating Nothing’

Warren Buffett, CEO of Berkshire Hathaway Inc. has been crypto-skeptic for a long time and didn’t pull any punches on Bitcoin at the annual shareholder meeting of Berkshire. He called bitcoin “probably rat poison squared” and also said that it “Created Nothing”.

Buffett said, “The asset itself is creating nothing,” He also added that “When you’re buying nonproductive assets, all you’re counting on is the next person is going to pay you more because they’re even more excited about another next person coming along.”

Charlie Munger, Buffett’s business partner called bitcoin as “anti-social, stupid and immoral.” Buffett has been bashing Bitcoin for a long time, he termed Bitcoin as “real bubble” back in October last year.

During the Q&A session with business students, he said: “You can’t value bitcoin because it’s not a value-producing asset.” As a matter of fact, his criticism for bitcoin goes back to 2014 when he said bitcoin was a very bad long-term investment. H he said in an interview with CNBC “Stay away from it,” and also said that “It’s a mirage basically. The idea it has some huge intrinsic value is just a joke, in my view.”

Cryptocurrencies and digital assets are still one of the most divisive topics on the Wall Street, and Warren Buffett has made it clear on various occasions as to which side of the debate he is in.

{Gold and bitcoin are often compared, but is this valid?}

In South Korea, a group of lawmakers is moving towards legalizing the launch of new cryptocurrencies. The move is being led by Rep. Hong Eui-rak of the ruling Democratic Party of Korea and is being supported by 10 other lawmakers. They are focusing towards having a bill which backs this move to be endorsed by this year.

This comes as the first parliamentary challenge to the ban imposed by the government on domestic ICOs which was put into effect late last year with an aim to curb speculative investment in digital currencies such as bitcoin. Hong, during a forum on ICOs and blockchain technology at the National Assembly, said: “The bill is aimed at legalizing ICOs under the government’s supervision.” He said that the bill was based on a study jointly conducted by the Korea International Trade Association (KITA) and his office.

Hong said, “The primary goal (of the legislation) is helping remove uncertainties facing blockchain-related businesses.” The bill doesn’t aim at unlimited ICOs but only the ones which are initiated by a research center and public organizations committed to developing and promoting blockchain technology. According to the bill, their ICOs will be subject to tight supervision by the Ministry of Science and ICT and the Financial Services Commission.

{Google’s ban on crypto ads is set to be in effect June 2018. The effects remain to be seen.}

During last week, Tianya Community and Huobi Labs jointly signed a strategic cooperation agreement. The aim of the same is to jointly build a “Global Cultural and Creative Blockchain Lab” in Hainan Province, China. “Under the background of the new era of Chinese socialism characteristics, we have given Hainan Special Economic Zone a new mission of economical reformation.”

This strategy stands at the national level which was personally deployed, planned and promoted by the President Xi Jiping. 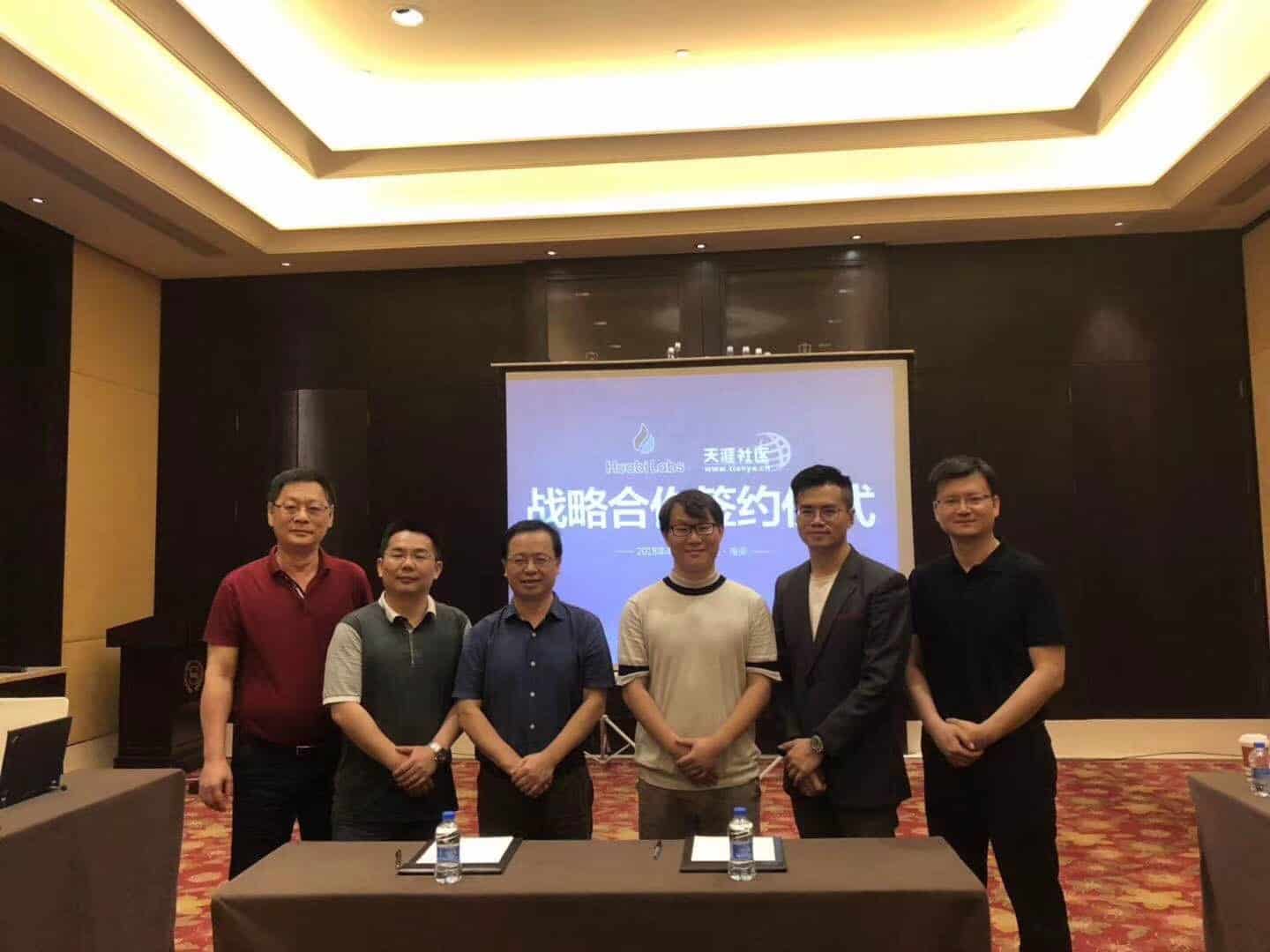 Hainan Province has been deeply focused on opening up and reforms. The sandbox functional area and experimental field is required to be integrated from the resource and strength of the nation; and should collect talent across the nation.

Huobi China, as a patriotic Chinese company will actively follow-up with the national-level strategy. Huobi, in the future, will use the technology, talents, resources, and capital advantages in the global blockchain industry of Huobi Group with an aim to explore the construction of an international free trade port and contribute to the development of Hainan Special Economic Zone.

{Don’t have your own venture capital firm? Be sure to read our latest crypto investing tips article.}

Ethiopia becomes the latest African country who has expressed its interest in the blockchain-powered solutions. A memorandum of understanding (MOU) has been signed by Ethiopia with new cryptocurrency start-up Cardano which will focus on using the blockchain technology in the local agriculture industry.

Charles Hoskinson, former Ethereum co-founder, and Cardano lead made an announcement last week on Twitter wherein he added that this initiative would also aim at training developers as to how to use blockchain. Hoskinson said “Just signed an MOU with the Ethiopian Ministry of Science and Technology to explore training blockchain developers and use Cardano in the Agritech Industry.”

However, it is still unclear as to when we can expect to see the first results of this MOU or when the collaboration will start. It is worth noting that unlike the formal partnerships, MOUs do not imply any sort of binding obligations. This means that there is no guarantee that this collaboration will be executed as planned.

Register for a free account using this link and join the discussions.