VeChain: Product Authenticity in the Age of Blockchain

Since its founding in 2015, VeChain has come to be known as one of the most popular supply chain projects in the crypto space, thanks to a market cap of more than 1.3 billion USD. But what are the reasons for its success, and does the project have serious legitimacy going forward? This article aims to provide a brief overview of some essential areas of the project, in order to provide some clarity to such questions. Be sure to compare VeChain with WaBi and Waltonchain after you finish here. Supply chain token modum is also a player in this arena with an initial focus on the pharmaceutical industry.

What does VeChain do?

VeChain aims to authenticate products by identifying counterfeits, data fraud, and data manipulation through the consistent monitoring of each step of both the supply chain process and a product’s life cycle. It applies to a variety of product areas which include temperature controlled supply chains, the end-to-end production process of medical devices, automobiles, liquors, and luxury product authenticity. 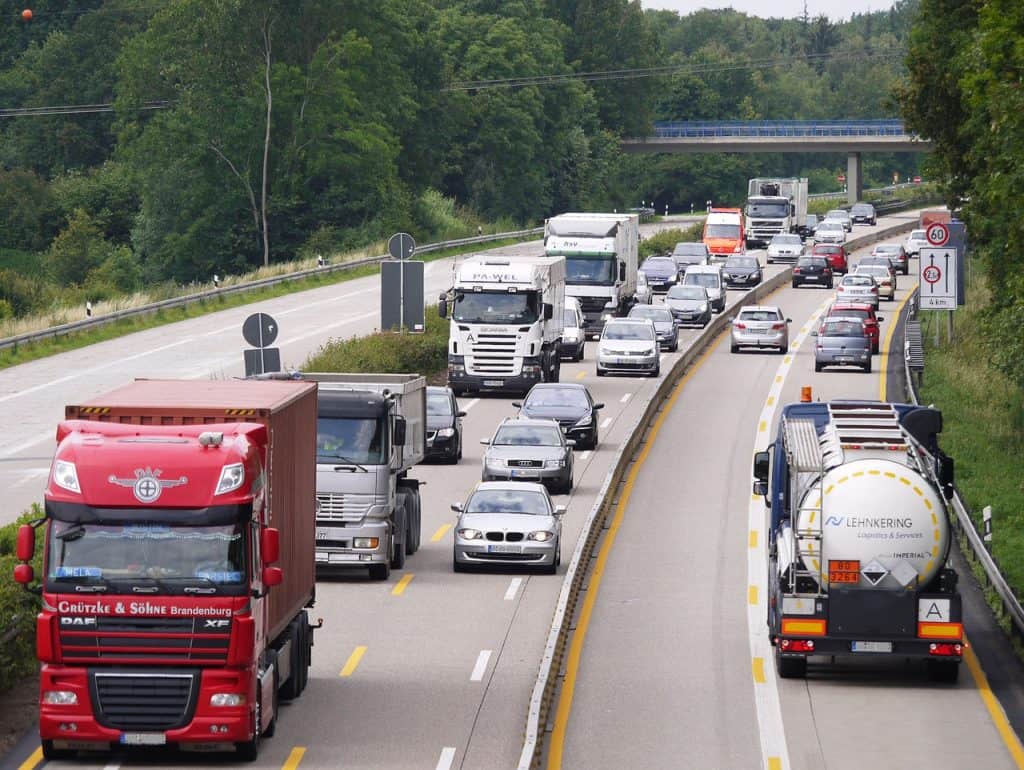 A temperature controlled supply chain, which is more commonly designated as cold chain logistics, combines IoT technology with a blockchain to digitalize and record the supply chain process. IoT sensors use RFID technology to track various aspects of the product’s journey, including temperature, location, and humidity. This data is then uploaded to the VeChainThor Blockchain at various checkpoints throughout the supply chain process. If something goes wrong, the VeChainThor Blockchain automatically triggers an alert, informing those necessary of the situation at hand, and also helping to show who may be responsible. All data is uploaded with a cryptographic time-stamp, which in-turn creates an immutable record of the product’s history, hence its use for both regulative authorities and customers.

Before deciding to purchase a product, a customer can use a smart phone to scan a QR code, RFID tag, or NFC chip, which are all produced by VeChain, to view the product’s history with all relevant details. If the product has been spoiled, or is unsafe to consume, the application will not only notify such information to the customer, but will also explain why this is the case. VeChain thus aims to bring transparency, reliability and security to cold chain logistics while satisfying regulatory requirements in a simple and efficient manner.

VeChain is also trying to establish automobile authenticity through the creation of a unique digital passport for vehicles. After a car accident, for example, drivers often have to work with a Department of Motor Vehicles, insurance companies, and vehicle repair shops; all separately. But VeChain’s digital passport aims to simplify such a headache. The main idea is that certain parts of a vehicle are assigned specific IDs, and data such as mileage, repair history, insurance, registration, and even driver behavior are uploaded to the respective vehicle’s digital passport. Only the vehicle’s owner has access to the passport, but the owner can seamlessly allow third parties to access the passport, such as insurance companies, with one click. The revolutionary aspect to all of this concerns the used car market, where customers will be able to know more information with certainty, about a specific vehicle before making a purchase. 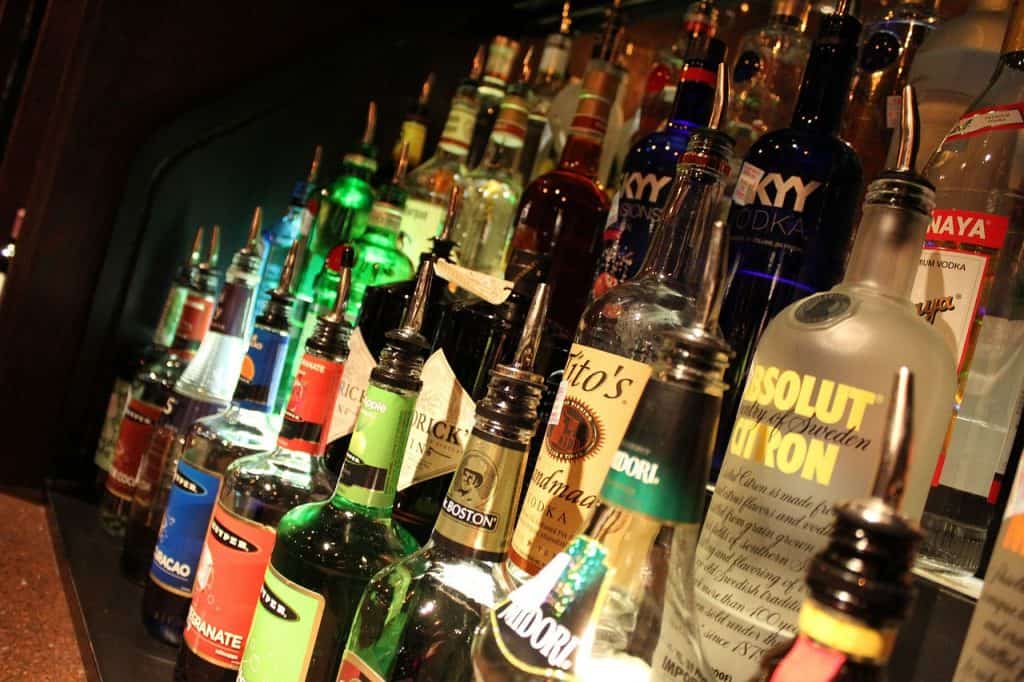 Another domain of VeChain’s focus concerns the authenticity of medical devices; liquors, to include commonly counterfeited wine and spirits; and high-end luxury products. Let’s say you want to purchase an authentic Coach purse. How can you verify its authenticity? Well, if Coach was partnered with VeChain, each Coach purse would receive a unique ID on the VeChainThor Blockchain, through an RFID or NFC chip located on the product. A customer receives access to the product’s entire history by scanning the tag with a smart phone. Yet this of course is beneficial for not solely the customer, but the brand itself. The brand can now track their sales channels in real-time, thereby preventing illegal overstock trading. Perhaps most importantly though, is to note that when a customer purchases such a high-end product, the RFID or NFC chip is never removed. Thus, VeChain can authenticate luxury items in secondhand marketplaces. 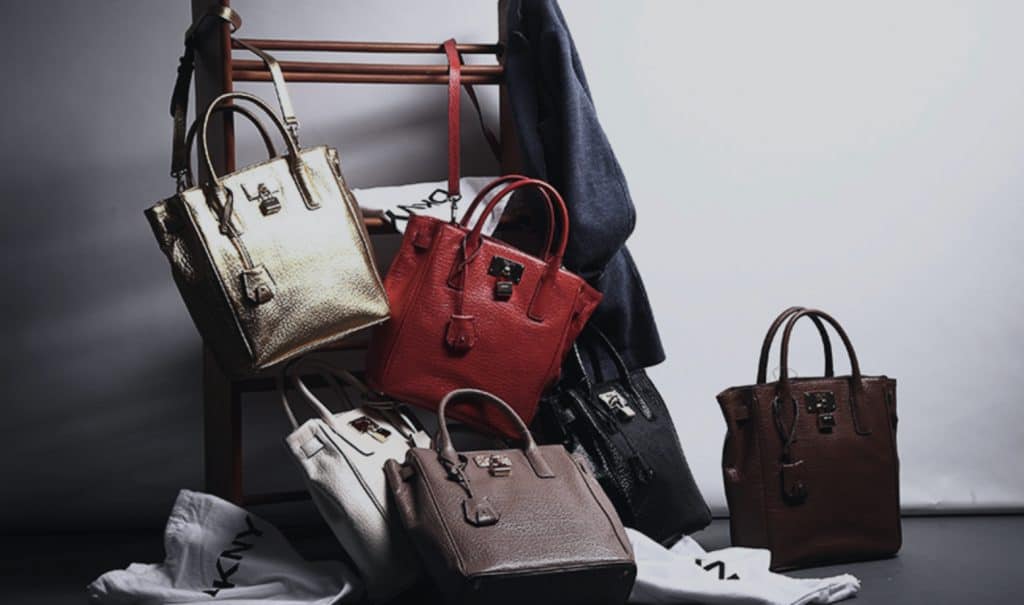 If you have heard anything about VeChain before, it is likely due to their impressive partnerships. As a matter of fact, elements of the Chinese government are already using its technology. The government of Gui’an, an area that entails 1,795 square kilometer, has partnered with VeChain to use its technology by planning, designing, and implementing solutions that aim to improve the infrastructure of its government administration. 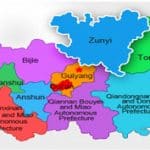 Furthermore, the management committee of Gui’an’s free trade zone has partnered with VeChain to construct the planet’s first blockchain smart-town. This will entail the application of VeChainThor blockchain solutions to areas such as government administration, agriculture, and retail. VeChain expects that this process will be applied to the entire region of China. No wonder there is so much buzz behind VeChain.

Other partnership highlights include the following:

Direct Imported Goods: they have established a wine distribution system on the VeChainThor blockchain.

China Unicom: a Chinese state-owned telecommunications operator in China which is the world’s fourth-largest mobile service provider by subscriber base. VeChain has provided them with a blockchain-based supply chain management solution.

PwC China and PwC Singapore: they have incorporated VeChain’s blockchain technology through their incubation program which protects clients brands and products. 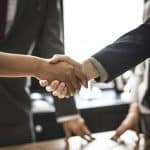 But it doesn’t stop there. VeChain has also worked with, or aims to continue working with, the following recognizable names:

Mlily Healthcare Co.: the largest memory foam mattress and smart bedding product researcher, development, and manufacturer in China, with global sales to the U.S., U.K., Austrailia, Ireland, Japan, and Canada. Mlily aims to use VeChainThor for proof of origin and proof of authenticity in their supply chain management.

Kuehne & Nagel: the world’s largest freight company which accounts for 10% of the world’s air and sea freight business. They use VeChain technology to track, secure, and identify ownership information of assets during shipment. 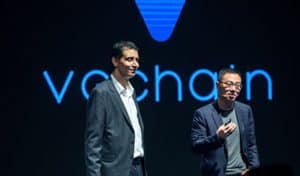 Though VeChain was founded in 2015, the VeChain Foundation was formed in July of 2017 in Singapore as a non-profit organization. The VeChain foundation is governed by the ‘Board of Steering Committee’ which ultimately works with stakeholders to decide the direction of VeChain as a whole. The board ultimately makes strategic decisions that are balanced for both the VeChain blockchain, and the totality of VeChain stakeholders. Stakeholders include smart contract owners, VeChain authority node holders, and VET token holders. It consists of seven members and takes care of the following functions:

Monitors the nominations and elections of committee members

Here are a few members of VeChain’s core team (all of which are members of the Board of Steering Committee except for Jerome Grilleres):

Sunny was educated in the Shanghai Jiao Tong University where he majored in Electronics and Communication Engineering. He has served as IT Executive in Fortune 500 companies for over 13 years. Hence, his experience is primarily in IT and Information Security in luxury retail brands. He was the former CIO and IS&T Director for Louis Vuitton China.

Dr. Zhou received a PhD in computer science from the University of Southampton and serves as VeChain’s R&D director.

Educated in both China and the U.S., Prof. Zhu is currently researching corporate finance, corporate risk management, and the interaction of capital market and product market.

Based in Paris, Jerome seems to extend VeChain beyond China and bring its technology to Europe.

All-in-all, VeChain has an impressive list of both core team members and advisors; the project has a wealth of experience in a broad range of areas.

The VeChain Ecosystem and tokens

While VeChain previously utilized an Ethereum blockchain, their own independent blockchain, called the VeChain Thor Blockchain, was launched on June 30th, 2018. This allows not only for 3rd parties to develop their own dapps and smart-contracts, but even for enterprises to release coins of their own on the VeChainThor Blockchain. The blockchain aims to have the capability of supporting more than 10,000 transactions per second.

Here’s where things get a little complicated. The VeChain Ecosystem uses a proof of authority consensus model and is comprised of two cryptocurrencies which help to keep the system decentralized. First, we have the VeChain Token (VET), which is the smart money used by companies in programming and executing smart contracts through commercial activities on the VeChainThor Blockchain. When VET is kept in a dedicated wallet, it will generate income in the form of a second coin: Thor Power, also called VeThor, though most popularly deemed Thor.  Precisely 0.00042 Thor will be generated per VET per day, regardless of whether or not the HODLer possesses a masternode. Importantly, Thor is the fuel that keeps the VeChain system running. Every time something is added to the VeChainThor Blockchain, Thor is spent. (This Thor calculator may help.)

Thor is the energy or cost of carrying out a payment or smart contract transaction on the network. 70% of all that is spent is taken out of circulation, while the remaining 30% is rewarded to the four different types of nodes in VeChain’s ecosystem. First, there is an authority masternode, called Thrudheim. This is the most important node since it validates transactions on the blockchain by creating the blocks and ledger records that form the VeChain core. The other three nodes are economic nodes, which primarily aim to prevent price fluctuation and maintain a stable economy. The token requirements for running a node, along with their estimated payouts, are as follows: Additionally, higher VET HODLers do not solely operate nodes with greater returns, they also have a higher voting percentage when the Board of Steering Committee organizes votes to the stakeholder community. Hence, the more you are invested, either as an individual or an enterprise, the more say you will have in the future of VeChain.

It is easy to see why VeChain is so popular. They are developing concepts which businesses clearly have a need for. Their announced partnerships are some of the most impressive in the crypto space. Considering the infrastructure of both the Chinese government and its economy, many speculate that such partnerships will only increase. Some however, claim that the rate of return of Thor when operating a masternode is not very profitable. What do you think? Is the value of Thor enough to maintain the HODLers of VET?

More on VeChain in this Forum section or learn about other supply chain and tracking coins here.

Give us a trial run. Accounts are free. Most content is free. And best of all, we are spam free. No email marketing, no newsletters, no hassles. Register using this link.